Venerable Sik Kwang Sheng is the sixth and current abbot of KMSPKS. He was ordained in 1980 under the highly-respected then abbot of KMSPKS, Venerable Hong Choon. Following his ordination, he studied and practised in various countries, including Taiwan, Myanmar, Thailand, Japan and Korea. He spent three years in Songgwangsa, located in South Korea, practising Zen meditation.

In 1995, Venerable Kwang Sheng was appointed Chief Administrator of KMSPKS and in June 2004, he was appointed as the sixth abbot. He also served as President of the Singapore Buddhist Federation (SBF) from July 2006 to June 2014. Presently, he is Vice-President of the SBF, Chairman of the Singapore Buddhist Free Clinic (SBFC) and Chairman of the Bright Hill Evergreen Home.

Concerned about the shortage of learned Buddhist monastics in Singapore, Venerable Kwang Sheng envisioned establishing a Buddhist College located within the premises of KMSPKS. The Buddhist College of Singapore (BCS) was thus established in 2005. Since the inception of BCS, Venerable Kwang Sheng has worked tirelessly as the Rector. Besides meticulously overseeing both internal and external affairs, he also shows great care and concern for the students. In recognition of his outstanding contributions to Buddhism, he was awarded an Honorary Doctorate Degree in Educational Administration on 1 May 2011 by one of BCS’ affiliated universities – Thailand’s Mahachulalongkornrajavidyalaya University.

An alumnus of Victoria School, Venerable Kwang Sheng is a multi-linguist who speaks fluent English, Mandarin and Korean. He is also an ardent Buddhist music enthusiast and has co-produced several best-selling albums. These include the popular “Reverence,” “Inner Resonance I, II and III” and the “Om Mani Padme Hum” album featuring him and the Gyuto monks. A versatile and talented instrumentalist who is adept at playing the electronic organ, violin and the taiko (Japanese drum), he has appeared in several concerts, including the spectacular Voices of Harmony, Sounds of a Thousand Years as a drummer and vocalist. He also gave a special violin performance at SBF’s Vesak & SG50 Concert in May 2015 and made a special appearance at the Sound of Wisdom: IMEE OOI World Tour Concert 2015 in Singapore in November 2015. Through the beauty of music, he hopes the joy of Dharma can strike a chord in each and every heart. 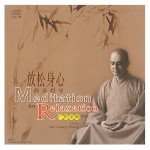 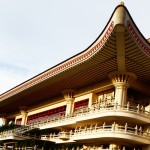 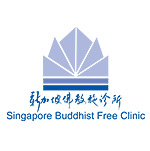